Q: “When are you guys playing a show in Portland?” A: “This month!”

Well, since the autumnal season is undoubtedly the best time of year for folk music, Arbielle & The Winkin’ Wandas are celebrating by playing not one, but two shows in your tri-county area this month! 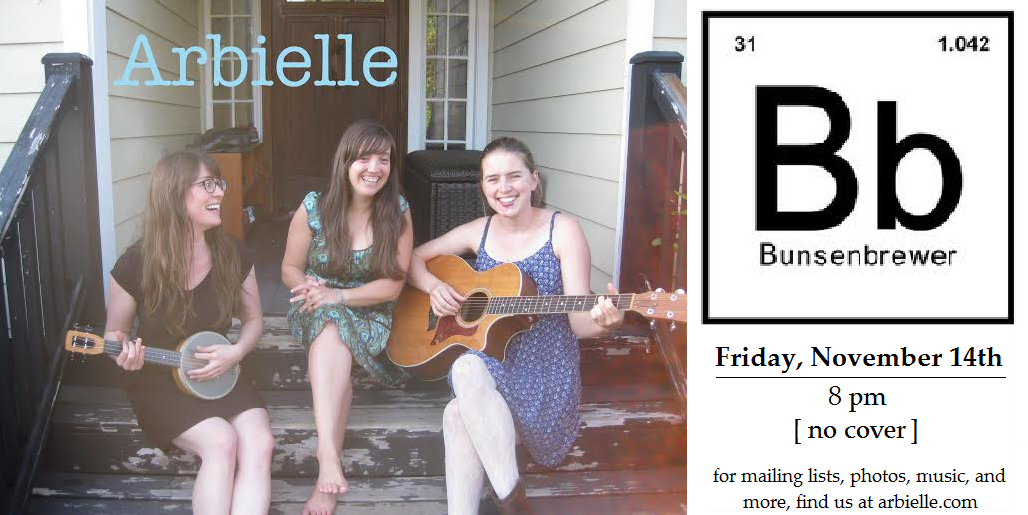 Hope to see you there, and in the meanwhile, hope you are all staying dry and cozy and eating lots of squashes!

“Arbielle” is a Portland indie-folk band featuring plucky songwriter-piano-player, Arbielle, a musician with wide eyes, a beautiful voice, and plenty of stories to share. Their songs range from goofy to passionate to heart-rending, reflecting the wild beauty and playfulness of Arbielle’s pacific northwest hippie upbringing, as well as the faith she has grown into. Arbielle’s mama taught her to sing rounds when she was two-years-old, and she never stopped singing since. As a 14-year-old she began composing with Portland’s “Young Composer’s Project,” hosted by Fear No Music, and at 18 she began a journey of singing her own songs from Walla Walla, Washington, to Brooklyn, New York. Now she has returned to her home state of Oregon, and dug in as a recording and touring musician living in Portland. In the winter of 2012 she gathered a talented team of musician friends to collaborate on a full-length album recorded at Echo Ridge Music, in Sisters, OR, and this year signed onto Headphone Records of Electronic Boy Productions, who released her premier full-length album this December. "Roots Grow Deep" is a sweet chronicle of growing pains, bicycles, broken families, funny coincidence, friendships, and coming home.  Audiences from Orcas Island to San Francisco have come away from her shows admiring her honesty, wondering at her unique perspective, and humming her beautiful tunes.  As an artist, she lifts up a universal human experience: what it is like to be Arbielle.  Even if you are not a small person living a big life, a teacher and a farmer, a sister and a daughter, a lover of Oregon and every person you’ve known, you will know exactly what she means.
View all posts by arbielle →
This entry was posted in Uncategorized. Bookmark the permalink.